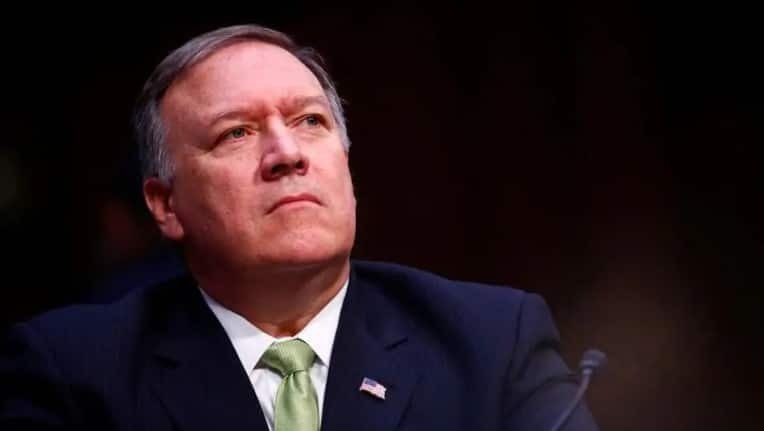 Earlier on Tuesday, Pompeo announced visa restrictions on some Chinese officials under the Reciprocal Access to Tibet Act, 2018.

Washington: US Secretary of State Mike Pompeo on Wednesday (July 8) accused China of taking “incredibly aggressive action” in a recent confrontation with India over a disputed section of the nuclear-armed neighbors` border.

“The Chinese took incredibly aggressive action,” he told a State Department news conference, referring to the clash last month in the Galwan Valley. “The Indians have done their best to respond to that,” a Reuters report quoted Pompeo as saying.

Earlier on Tuesday, Pompeo announced visa restrictions on some Chinese officials under the Reciprocal Access to Tibet Act, 2018.

He said, “Today I am announcing visa restrictions on PRC government and Chinese Communist Party officials determined to be “substantially involved in the formulation or execution of policies related to access for foreigners to Tibetan areas,” pursuant to the Reciprocal Access to Tibet Act of 2018.”

Pompeo further said, “Access to Tibetan areas is increasingly vital to regional stability, given the PRC`s human rights abuses there, as well as Beijing`s failure to prevent environmental degradation near the headwaters of Asia`s major rivers.”

The US Secretary of State pointed out that Beijing has continued “systematically to obstruct travel to the Tibetan Autonomous Region (TAR) and other Tibetan areas” by US diplomats and other officials, journalists, and tourists, while PRC officials and other citizens enjoy far greater access to the United States.

“The United States will continue to work to advance the sustainable economic development, environmental conservation, and humanitarian conditions of Tibetan communities within the People`s Republic of China and abroad,” he said, adding that the US also remains “committed to supporting meaningful autonomy for Tibetans, respect for their fundamental and unalienable human rights, and the preservation of their unique religious, cultural, and linguistic identity”.

“In the spirit of true reciprocity, we will work closely with the US Congress to ensure US citizens have full access to all areas of the People`s Republic of China, including the TAR and other Tibetan areas,” he said.

“In response to the wrong actions of the US side, China has decided to introduce visa restrictions on US personnel who behaved badly on Tibet related issues,” Zhao Lijiang, Chinese Foreign Ministry spokesperson, was quoted by the Sputnik as saying during a daily press briefing.

“Secretary Michael R Pompeo spoke today with Canadian Deputy Prime Minister Chrystia Freeland. Secretary Pompeo and Deputy Prime Minister Freeland celebrated the entry into force of the United States-Mexico-Canada Agreement (USMCA) on July 1, an agreement that will help US, Mexican, and Canadian businesses and consumers,” according to US State Department.