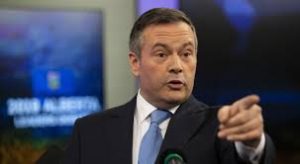 Edmonton (ATB): Conservatives earnestly believe that with a stark right-left choice the NDP will now start to fade and lose most of its 25 seats in the next election.
Let us review conservative heyday when the old PC party captured almost all the seats in the legislature.
In the great walkover of 1982, for instance, the count was PC, 75; NDP, 2; Independent, 2.
That is possible, of course. In Alberta, almost anything is. The UCP could very well rule for many terms.
But Opposition Leader Rachel Notley shows no desire to fold the tent.
She correctly says, with a rare hint of immodesty, that as a former premier she is probably the best-known Alberta opposition leader ever.
She also notes that her party won more votes in losing the 2019 election (619,149) than it did winning the 2015 election (604,518).
The party’s Edmonton base is large and solid. The NDP even retained three Calgary seats after four years of hard recession and the hollowing out of the downtown.
That doesn’t mean NDP victory, as long as conservatives stay united.
But will they?
Premier Jason Kenney’s party is already showing signs of internal fragility.
The chief one is tortured ambiguity over social issues like gay-straight alliances and conversion therapy. Eventually, we’ll see it spread to abortion too.
The UCP constantly affirms tolerance while stopping short of legislation that fully guarantees it. This is partly a rejection of what the UCP considers left-wing baiting — on conversion therapy, especially — but it’s also a sign of some MLAs’ convictions colliding uncomfortably with social change.
Many UCP MLAs will not agree to more than the social measures the UCP is adopting. Were Kenney to deny those feelings, he’d have a unity problem right now.
If these issues ever collide with economic differences, there will be trouble. A decade ago Wildrose broke away from the PCs, partly because former premier Ed Stelmach wanted to review oil and gas royalties.
In Western Canada, and especially Alberta, these conservative splits are virtually inevitable.
Mount Royal University professors Duane Bratt and Bruce Foster have written a fascinating paper subtitled The Fragility of a ‘Big Tent’ Conservative Party.
Their conclusions, backed by copious research and examples, are Conservative parties only fracture when they’re in power, They only reunite when they’re out of power and want to get back in; When they fracture, the reasons are fights over ideology, policy and platforms; When they reunite, the reasons are pragmatic — getting back in charge, defeating a hated enemy.
Bratt and Foster note that this doesn’t happen in other major democracies with first-past-the-post systems: the U.S., Australia, the U.K. and New Zealand.
Even within Canada, this regular breakdown and re-creation is purely a western thing.
From Ontario to the Atlantic, people are generally content to switch between traditional parties, not smash their own and reinvent them.
“Not content to endure the economic, ideological or party system status quo to the extent of their eastern cousins, westerners have typically demonstrated a willingness to engage in a form of creative destruction of the party system,” write Bratt and Foster.
They also point out that such breakdowns and reunions rarely happen in centrist parties.
The Alberta NDP and Liberals could have united years ago to create a formidable centre-left party. But that was unthinkable to both of them.
More recently, some in the Alberta Party and provincial Liberal party tried to effect a merger. It went nowhere. Both parties have now vanished from the legislature.
Western conservatives, by contrast, revive and survive though breakdowns, brawls, and eventual reunion.
The UCP is now at the start of the breakdown cycle. Just give them time. 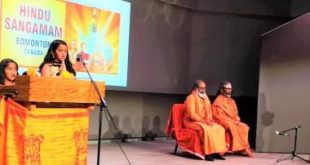