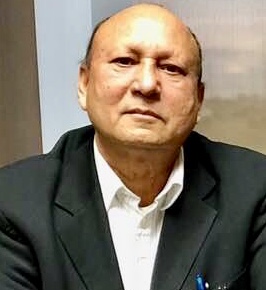 Native Village
V.P.O. Heon, Dist. Shahid Bhagat Singh Nagar. Punjab, India.
Your Early Education
I did Bachelors in Mechanical Engg from Guru Nanak Engineering College, Ludhiana (Then affiliated to Panjab University, Chandigarh) and obtained P. Eng certification from University of Toronto.
I also completed Post Graduation of Oil Sands Technology from University of Alberta.
When & Why You came to Canada
I landed in Canada in 1975 after marriage)
Your career advancement initiatives and present occupation
Started as EIT in Combustion Engineering and rose to the level of Chief Engineer (Mechanical) at Worley Parsons a Multi – National Company.
Presently, I am aConsultant to Syncrude Canada Ltd.
Your Regret in Life
None
Pick Any One of Your Best Achievements
I should not brag, however, as an acclaimed Mechanical Engineer, I did following projects on National/International level.
-Water Cleaning Filtration Plant, Harmandir Sahib, Amritsar- Study, Engineering Design and approval from SGPC.
-Guru Nanak Dev Healing Garden in Don Mazankowski Heart Institute, University of Alberta
-Cos-B Rings used on slurry piping available all over the World. Large Bore Slip Joints, Rotatable Anchor Design, used on the Hydro transport and Slurry Piping.
-Lead Team Member that designed the First North American Hydro-transport line.
-Served as President for 11 years (2005 to 2016) of the Liberal Party of Canada, Edmonton – Millwoods-Beaumont constituency.
-President – Sikh Federation of Edmonton.
Were You Ever Discriminated?
Yes, in the beginning when the Canadians did not know me. But slowly and slowly became the member of the Engineering Team
Are You Happy in Canada?
Very Happy. No complaints.
Any Comments on Canada’s Culture
Now I am part of Canadian Culture and am proud that I belong to the multi-cultural society which welcome all irrespective of their ethnicities.
Any Comments on Canada’s Weather
Summers are beautiful. No complaints of the white winters. I enjoy watching the Hockey games and spend plenty of time in the swimming pool.
What Brought You Success in Canada?
Hard Work and keeping my hard as well as soft skills up to speed.
Are You Willing to Help New Immigrants and How?
Yes, I do guide the new immigrants and advise them how to find the Job in the new environment. Do Counseling and tell them What they should do to stand on their own feet and must follow the learning curve.
Your Message for Canadians of Asian Origin
Work hard and leave behind the arrogance and attitude before leaving India. Forget about the concept of superiority over the other human beings. In the Western world nobody is inferior or superior. There is no work that is low grade or upper grade. Learn any trade before departing India or you will be stuck in the low paying labour jobs for the rest of your life. 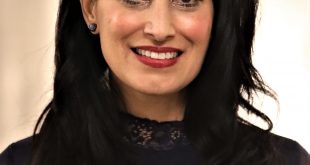 Native Village/Country parent’s background I am born and raised in Alberta. My father is East Indian …