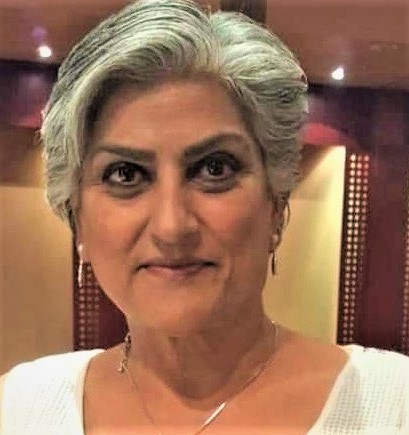 Native Village/Country parent’s background
I was born and raised in Nairobi, Kenya My father was a carpenter and mother was a home maker.
Your Early Education
Finished my high school in Nairobi, Kenya and didn’t do any further education as my mother’s wish was to learn how to be a home maker and that training for sure helped me to raise three successful and respectful children.
When & Why You came to Canada
I came to Canada as an immigrant in the winter of 1982 as a newly married. My husband who is also from Nairobi, Kenya but decided to reside in Canada since 1974. I lived in Regina, SK and later moved to Estevan, SK in 1982 until me and my family moved to Alberta in 2005.
Your career advancement initiatives and present occupation
I attended the Community College in 1989-1991. Later attended the Academy of Learning in Estevan, SK in 2001 and was hired as a facilitator. In 2005, I moved to Alberta and that brought me to the Academy of Learning in Red Deer where I started working as a facilitator in 2006. By the year 2007 I was promoted to a Training Director’s position. I moved to Edmonton 2013 and continued my career as the Training Director. In 2016 I took over the position of Administrative Coordinator where I started coordinating practicums for our Health Care Aide and Educational Assistant students besides many other duties that the position required. Learned and gained a lot of knowledge as an Administrative Coordinator and in November of 2019 I was promoted to Operations Manager and am still learning my new role to exceed all the expectations.
Your Regret in Life
Life is beautiful and count each day as a blessing and I believe your health is your wealth. So no regrets.
Pick Any One of Your Best Achievements
My best achievement was completing a certificate program “Small Business Accounting” and later went on to graduate from the Academy of Learning in Estevan, SK in 2001 with diploma in “Microcomputer Business Applications”. Other achievements followed when I moved to Alberta and continued my career with Academy of Learning in Red Deer 2006.
In 2013, I moved to Edmonton taking a transfer. Over the period of time I have been acknowledged by Brattberg Group and have received numerous awards that include: Facilitator MVP, Employee of the Year, WOW: Operational Experience, Leadership Award and Central Support Team MVP.
Were You Ever Discriminated?
Not that I am aware of although living in Estevan, SK it was difficult to find employment being of a different race. Since having knowledge wasn’t enough I went to the Academy of Learning to educate myself to get certification.
Are You Happy in Canada?
Yes, I am happy to be in Canada and wouldn’t want to change anything about it.
Any Comments on Canada’s Culture
It is beautiful, I get to know different cultures and experienced the beauty of other traditions. It also enhanced my vision about diverse cultures and helped me to understand people better.
Any Comments on Canada’s Weather
I came to Canada in winter and loved it since I had never witnessed snow before but now it’s so much. Although it is part of our seasons I have learned to adapt to the changes.
What Brought You Success in Canada?
Adapting the culture and advancement of my education. Being disciplined, committed and staying positive are also the key factors to my success.
Are You Willing to Help New Immigrants and How?
Yes! At the Academy of Learning, we always helping new immigrants with education and by providing further resources as needed. We have 100s of successful immigrant stories.
Your Message for Canadians of Asian Origin
Be respectful to all cultures, be proud of who you are and live an honest life.