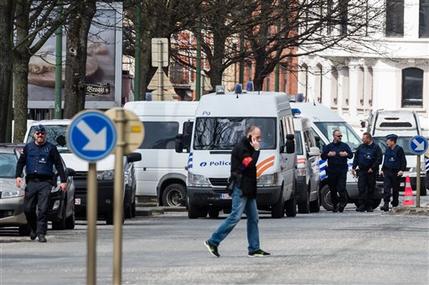 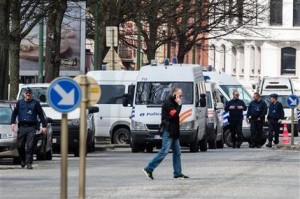 BRUSSELS (AP) – Belgian authorities have charged two more men with offenses related to the Brussels bombings.
The Belgian Federal Prosecutor’s office said Tuesday that the suspects, identified only as Smail F. and Ibrahim F., were involved in renting an apartment in the Etterbeek area of Brussels that served as a hideout for the bomber who attacked the Brussels subway as well as a suspected accomplice.
Sixteen victims died in the March 22 attack, the same day a pair of suicide bombers also killed 16 victims at Brussels airport.
An investigating magistrate on Monday ordered Smail F., born in 1984, and Ibrahim F., born in 1988, held on charges of participating in the activities of a terrorist group, terrorist murder and attempted terrorist murder as perpetrators, co-perpetrators or accomplices, the prosecutors’ office said in a statement.
The statement said no further information would be released, and that the investigation “is continuing actively day and night.”