Breaking News
Home / Editorial / SOHI: Alberta – this government has always had your back, and always will

SOHI: Alberta – this government has always had your back, and always will

When I was elected as the MP for Edmonton Mill Woods in 2015, Alberta’s energy sector was hurting. The oil price downturn was having a real impact on my community, neighbours, family and friends.
Our government understood that Alberta needed our support, so we stepped up. Not with words, with actions. That came in the form of $250 million to offset the impact of low oil prices, $1 billion to support small and medium-sized Alberta businesses, $30million to enable Alberta to clean-up orphaned wells,and $1.3 billion to extend EI benefits to laid off energy sector workers in time of need. We also extended work sharing programs to keep Albertans working.
In the past three years, we’ve invested $8.5 billion in combined infrastructure funding to build roads, bridges, public transportation, and much, much more.
These are more than dollar figures: they are investments in the people of Alberta. That is why when I see Conservative politicians try to make the claim that our government hasn’t been there for my province, I feel an obligation to set the record straight.
Beyond investments, we have taken decisive action.Before and after taking office, we have supported the Keystone XL pipeline and, more recently, fought on behalf of our energy sector during the negotiations of NAFTA 2.0. The result? The elimination of a clause that prevented Alberta from having full ownership over our resources, and administrative changes that will save the oil patch more than $60 million a year in fees and costs.
All of this is having an impact. We just saw more evidence this week, as Statistics Canada reported that global investment in Canada was up again during the third-quarter of this year —led by the largest investments in mining and energy companies in nearly two years.
Albertans now face another challenge – a perfect storm that has led to a painful oil price differential. I know how painful this differential is.And I know how frustrating it was to see Jason Kenney and his government fail for ten years to get a drop of oil to non-US markets– over 3,500 days and nothing to show for it.
Last weekend, the government of Alberta made an important decision regarding production curtailment, which they have determined to be in the best interest of Albertans. Our government, the governments of Alberta, industry, and the hard working Canadians who work in the oil industry all share the same goal: ensuring that every barrel of Canadian oil gets its full value.
We knowthat the best way we can support the energy sector is to make sure producers can diversify exports to non-US markets.We are making significant investments in the safety of Canada’s rail system, andeliminating bottle necks for shipped commodities. However, the long-term solution lies in building pipelines that allow our resources to get to non-USmarkets. That is what our government is focused on, and that is what I’m working each day to deliver.
The Enbridge Line 3 pipeline project, which we approved, is under construction and will come into operation in 2019. This will bring with it a major boost to pipeline capacity —some 370,000 barrels per day.
And, of course, we invested in the Trans Mountain Expansion Project in the spring, as it faced politicalheadwinds. This was an investment in our energy sector, Albertans and Canada’s future.
In response to the Federal Court of Appeal ruling, I am now focused on making sure we move forward on this project in the right way through meaningful consultations. Doing this is not only the right thing to do, it’s also the most efficient and focused path forward. There’s a lot of work ahead, but it is my top priority. I spent most of this week on the road in BC, engaging with Indigenous communities. All told, I have met with over 40 communities from all along the route.I am doing this because I understand that trust needs to be rebuilt. This is what we mean by moving forward in the right way.
Even with all of this hard work and support for Albertans, I know there is always more that our government can do. That’s why we are working across federal departments and with the provinces of Alberta and Saskatchewan to analyze solutions the differential. I have also asked the NEB to look at all options to ensure our existing pipeline capacity is being utilizedefficiently and provide a report as soon as possible.We are taking action and we will deliver results.
Alberta – our government has always had your back, and always will. 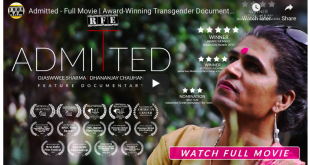 A striking, uplifting journey of five decades to become the first Transgender student of Panjab …