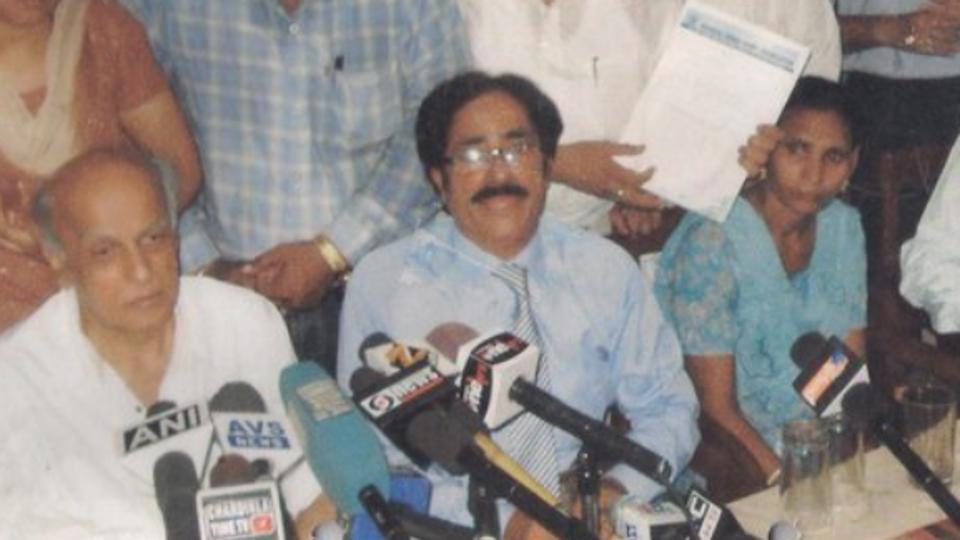 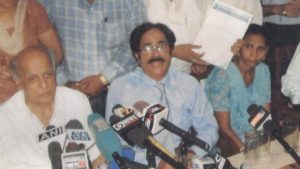 Sarbjit was killed in Lahore’s Kot Lakhpat jail. Sheikh was a known counsel of Indian prisoners in Pakistan and fought Sarabjit’s case for four years from 2010 till the Indian prisoner’s death in 2013.
Amritsar :Noted Pakistani lawyer Awais Sheikh (67), who was the counsel for Indian national Sarabjit Singh who was killed in a Pakistani jail in 2013, passed away in Sweden on Monday.
Sarabjit, a native of Bhikhiwind village in Tarn Taran district, was awarded death sentence for spying charges and killing at least 14 Pakistani citizens in bomb blasts in Punjab province in 1990.
Two Pakistani death row prisoners — Amir Sarfraz, alias Tamba, and Mudassar — in May 2013 had attacked Sarabjit, 49, in the Kot Lakhpat jail in Lahore and killed him.
Awais ’s son Shahrukh Seikh disseminated the news of his death on Facebook late Monday night. “He left us for his heavenly home early this morning in Sweden,” he said in a message posted on the Facebook account of his father.
He did not disclose reason behind the demise, but according to Sarabjit’s sister Dalbir Kaur, who spoke to Awais’s wife over phone on Monday evening, he suffered a heart attack. When he was taken to hospital, the doctors declared his brought dead, Dalbir said.
Notably, Awais was a known counsel of Indian prisoners in Pakistan and fought Sarabjit’s case for four years from 2010 till the Indian prisoner’s death in 2013.
After Awais and his son were kidnapped in May 2013 by unidentified men from an area near the Indian border, they sought political asylum and moved to Sweden in October, 2013, due to threats to his life and that of his family members in Pakistan.
In 2009 British lawyer Jas Uppal started an online campaign “freesarabjitsingh.com” to highlight the case and requested human rights groups to intervene on his behalf. Awais supported the campaign and provided his services free of charge.
‘I lost my second brother’
Mourning over the death, Dalbir Kaur said she had called Awais just a few hours prior to his death. “When I had talked him, he fine. He was laughing and happy. He expressed his desire to visit India to meet us and also go to Lahore, his home town, to see his relatives and friends. He also spoke to Sarabjit’s elder daughter Swapandeep,” Dalbir said.
“When I was conveyed the news of his death by a member of his family, I could not believe,” she said.
Dalbir added that he was not a lawyer, but her second border. “I have lost my second brother as well,” she added.
Sarabjit case timeline:
August 28, 1990: Sarabjit Singh was arrested by Pakistani border guards from the Indo-Pak border in an inebriated state. His wife claimed he had gone to work on his fields near the Wagah border and had not returned. Though he was initially charged with illegally crossing into Pakistan, he was later charged with involvement in the four bombings in Faisalabad and Lahore that caused the death of 14 people.
October, 1991: A Pakistani court found him guilty of terrorism and sentenced him to death under the Pakistan Army Act. A higher court later upheld the decision.
March, 2006: Sarabjit appeals for mercy to the Pakistani Supreme court. His petition is rejected.
March 2008: Sarabjit appeals for mercy once more. However, his plea is rejected by then Pakistani president General Pervez Musharraf on grounds that it was out of the statutory limitation period. He was sentenced to die on April 1 but president Musharraf deferred his execution by a month following fresh mercy pleas from the Indian government and Sarabjit’s family.
December, 2009: Britain based lawyer Jas Uppal takes up Sarabjit’s cause and campaigns for his freedom, including launching a website, www.freesarabjitsingh.com.
May, 2012: Sarabjit petitioned once more to President Asaf Ali Zardari for mercy. In June the same year, Zardari commuted his death sentence to life imprisonment.
June, 2012: Pakistani officials indicate Sarabjit may be released as part of a prisoner exchange with India. However, a different man was released in his place, raising the Indian government’s ire.
August, 2012: Sarabjit files his sixth mercy petition.
April 26, 2013: Sarabjit is severely beaten up in the Kot Lakhpat jail in Lahore by inmates, putting him in a coma. He was kept in the Jinnah hospital. Several demands by the Indian government to move him to India for treatment, or to a third country, if not India. All such petitions were rejected.
May 1, 2013: Sarabjit dies in Lahore at 1:00am (1:30am IST) of cardiac arrest.