Pakistan at it again; after Punjab’s Gurdaspur, ceasefire violated in J&K’s Poonch 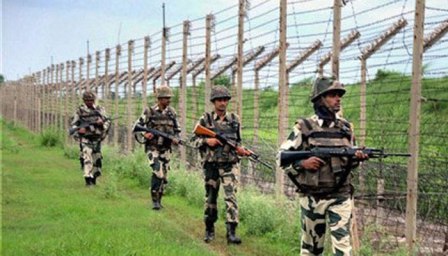 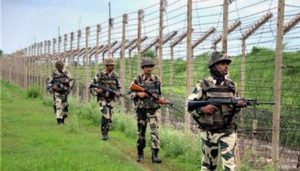 Poonch: Barely hours after Pakistan violated ceasefire in  Gurdaspur district of North Punjab on Monday, its rangers again indulged in firing in J&K’s Poonch.
A ceasefire violation by Pakistan was reported in Shahapur sector of Poonch.
Earlier, heavy firing was reported on Monday morning from Pakistan’s side at a BSF post along with the international border in Gurdaspur district of North Punjab.
The Border Security Force troopers, according to sources, repulsed an intrusion bid by 8-10 people in the counter offensive at Chakri border out post (BoP).
The sources said that the firing started around 2 a.m. after the alert troopers, using Hand Held Thermal Imagers (HHTI), noticed movement of 8-10 people near the international border.
The intruders, who had crossed the border but were behind the barbed wire fencing, were challenged.
Tension has been escalated between India and Pakistan following the recent terror attacks in Jammu and Kashmir and the surgical strikes carried out by the Indian Army across the Line of Control (LoC) to destroy terror launch pads in Pakistan occupied Kashmir (PoK).