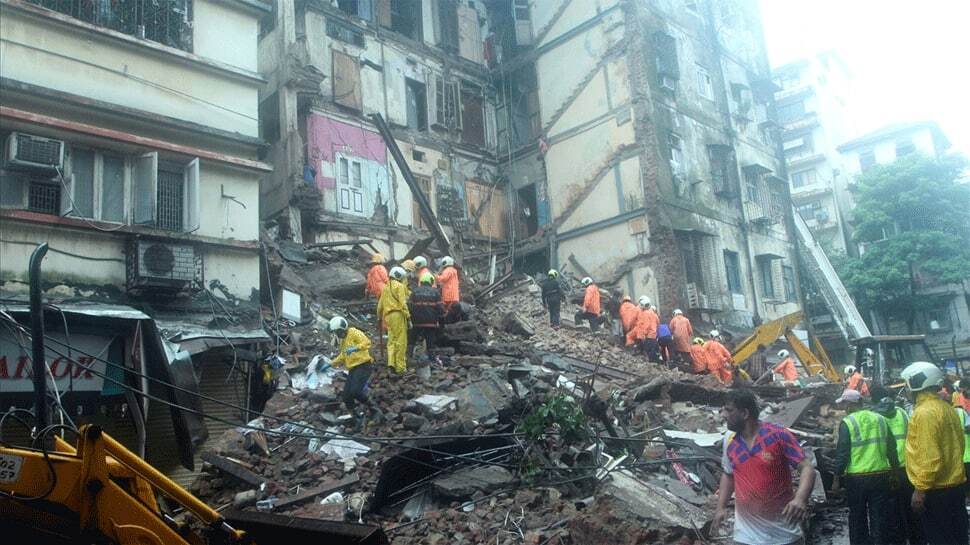 Rescue operations continued as some people are still feared to be trapped in the rubble even as bouts of heavy rain continued to lash the city.

Mumbai: Debris is being cleared from a site in south Mumbai’s Fort area where a portion of 80-year-old Bhanushali building collapsed on Thursday (July 16), the death toll in which reached eight on Friday.

On Friday afternoon, two more bodies were recovered from the site. The deceased have been identified as Rinky Chaurasiya (27) and Lalit Chaurasiya (30).

The other victims have been identified as:

Rescue operations continued as some people are still feared to be trapped in the rubble even as bouts of heavy rain continued to lash the city.

The first two major house-crashes of Mumbai in the current monsoon includes the five-storied Bhanushali Building in Fort, near the GPO and a three-storey tenement in Plot No. 8B of Collector Compound in Malvani, Malad West, which collapsed on an adjoining two-storey tenement.

In both incidents, a total of eight people have lost their lives so far, more than 30 have been injured, and over a dozen evacuated safely.

Mumbai Suburban District Guardian Minister Aditya Thackeray, who visited the Malad crash site, said each of the victim’s families would be given a compensation of Rs 400,000, while the families of the injured will get Rs 5,000 besides treatment.

Mayor Pednekar announced that a strict action would be taken against the builder if they are found violating the laws and will be booked for culpable homicide not amounting to murder.