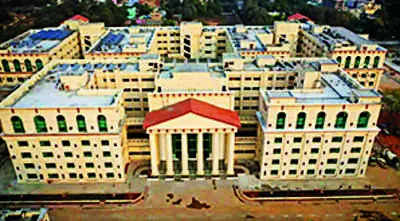 Bhubaneswar: The medical college and hospital at Sundargarh will be functional from the 2022-23 academic year with the state government starting the process required for the purpose, said health minister Naba Kisore Das.

Making a statement in the assembly, Das said the state government has been taking steps to start MBBS admissions for 100 seats and 500-bed hospital.

The state government has also sanctioned 271 posts, including 160 teaching posts, 85 non-teaching posts and 26 other posts.

As demand for establishment of a second AIIMS in Sundargarh grows, the health minister said no communication has been made by the Centre in this regard even as the state government has assured complete cooperation.

The Union health ministry formed a six-member team including director, medical education and training (DMET), Odisha as a member to look into the demand. The team that visited the Sundargarh medical college had expressed its satisfaction over the infrastructure and spoke about requirement of around 200 acre of land, which was assured by the Sundargarh collector, said the health minister.

Since Sundargarh is a tribal-dominated district, the second AIIMS, which will be an institution of national repute, will cater to the healthcare need of tribal people in the region by extending quality tertiary treatment.