For Iranian restaurants in Saudi, it’s business as usual 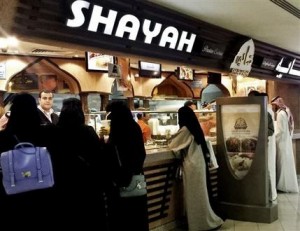 RIYADH, Saudi Arabia (AP) – Iran and Saudi Arabia’s rivalry has played out in proxy wars across the region, and escalated further after the two severed diplomatic and trade ties last month. Yet in the Saudi capital, Riyadh, popular Iranian restaurants are outselling feverish calls for a boycott and stand as a reminder of when ties between the two countries held promise.
In the 1990s, inside steaming kitchens in Riyadh, Iranian chefs taught their counterparts how to season and cook Persian dishes for a Saudi-owned Iranian restaurant called Shayah. The food proved so popular that nearly 20 years later, Shayah is a chain with 13 outlets in the kingdom, 11 of them in Riyadh.
The bold signs on their storefronts proclaiming the restaurants as the “House of Iranian Cuisine” are daring in a country where Iran is now viewed as an existential threat.
Despite Saudi-Iranian tensions, the two countries have deep historic links. For centuries, traders carrying spices and rugs have traveled the Persian Gulf, landing on the shores of the Arabian Peninsula and weaving Iranian culture into Arab life.
A prominent Saudi prince, speaking to reporters this week in Abu Dhabi, said political tensions do not change that Arabs and Iranians “believe in the same God, and the same prophet and the same holy book.”
“I don’t think there is any family in the Arabian Peninsula in general, and Saudi Arabia in particular, that has not had, in one form or another, some kind of link to Iran in the past and visa-versa,” said Prince Turki al-Faisal, a former director of Saudi intelligence.
In Bahrain, where Shiites are the majority, many villages have Persian names and many speak Farsi at home. In Kuwait, some of the wealthiest families and businessmen are originally Iranian. The United Arab Emirates has long been a haven for Iranian businessmen, who have established an Iranian hospital, business council and club for Iranian families living in Dubai.
Even Saudi and Iran’s longstanding rivalry appeared to be cooling in the 1990s, as joint opposition to Saddam Hussein’s invasion of Kuwait helped Riyadh and Tehran restore ties in 1991. The two governments exchanged high-level visits in the late ’90s and ties improved further until a political crisis in Yemen saw them backing opposite sides of the conflict in 2000, with Saudi Arabia intervening militarily nine years later and again in 2015.
A handful of Iranian chefs were able to live and work in Saudi Arabia during the 1990s and early 2000s. Today, that would be unthinkable, said the General Manager of Shayah restaurants, Mohammed Farhat – for a start, they wouldn’t be granted work visas. He said the last of Shayah’s Iranian employees left Saudi Arabia five years ago.
Saudi Arabia and Iran are now locked in proxy wars for regional supremacy, backing opposite sides of the wars in Syria and Yemen and supporting political rivals in Lebanon, Bahrain and Iraq. The conflicts have deepened Sunni-Shiite enmity between hard-liners on both sides.
Relations hit a new low in January when Saudi Arabia executed a prominent Saudi Shiite cleric. Iranians protested and ransacked the Saudi Embassy in Tehran and its consulate in another part of the country. Diplomatic and trade ties between the two were severed and Saudi Arabia halted all commercial flights to and from Iran.
According to Iran’s Ministry of Industry and Trade, Iranian exports to Riyadh for the first half of 2015 stood at $132 million, and Saudi imports accounted for $40 million.
Well before ties were officially cut, an Arabic Twitter account, named “Boycotting Iranian Goods,” was telling its more than 23,000 followers that it is a religious and national duty to do so. Dozens of tweets were sent outing Iranian products in Saudi grocery stores, including photos of ice cream, rose water, golden apples, saffron, honey and a fizzy pomegranate drink.
Shayah also became the target of zealous tweets, with some demanding that it remove the word “Iranian” from its signs and menu.
“We don’t want anything opened in the kingdom of Saudi Arabia with the name of the devil ‘Iran’,” said one tweet.
“Their kebab is good, but I suggest they remove the word ‘Iranian’ and continue on,” said another.
Even so, it appears a Saudi boycott of Iranian lamb skewers and saffron-infused rice is off the table for now.
At a bustling food court in Riyadh’s Kingdom Center mall, American fast food dominates. Nestled among Sbarro’s pizzeria, a Krispy Kreme doughnut stand and a KFC is one of Shayah’s branches, where a steady stream of customers, among them 26 year-old Hajjar Mohammed and her friend Rawan Fahd, ordered sandwiches.
“If the government isn’t barring it, why should we?” said Fahd, who thinks the restaurant should keep its “House of Iranian Cuisine” strapline. Mohammed jumped in to add that many items on the menu are Middle Eastern dishes anyway, and not just Iranian.
Several fans of the restaurant have come to its defense on Twitter, with one simply writing “Please, keep food out of this!”
For customers who might have doubts, a framed letter was put up in all of Shayah’s branches several months ago stating the chain’s Saudi ownership and financing.
Like many Saudis, customer Mohammed al-Tamimi, 30, vehemently disagrees with Iran’s policies in the region, but says he has no problem with the people of Iran.
“It’s not a problem of culture, but a problem of politics,” he said, as he stepped out of Shayah carrying warm Iranian food to go. 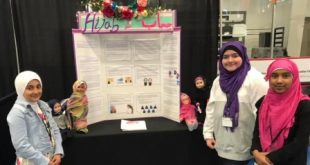