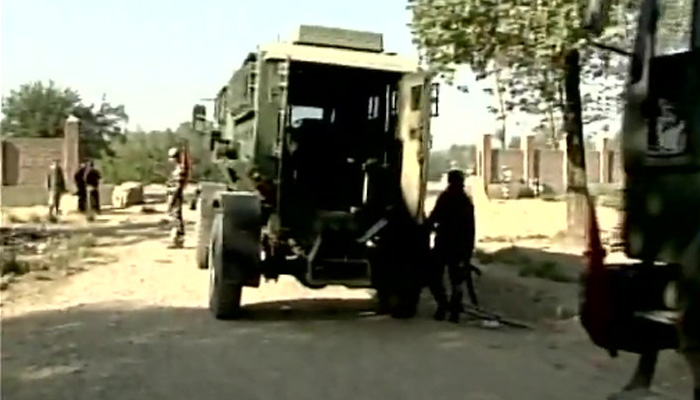 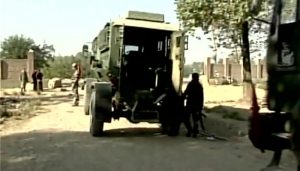 Srinagar: A soldier was on Monday injured in the exchange of fire between security forces and militants holed up inside a government building in Pampore area of Kashmir which had witnessed a suicide attack in February this year.
Two to three militants are believed to have entered into the seven-floor hostel building of Jammu and Kashmir Entrepreneurship Development Institute (JKEDI) located on the banks of the Jhelum river, some 12 km from the Srinagar city centre, in the wee hours today.
“Security forces have surrounded the building and all escape routes of the militants were sealed,” a police officer said.
“One soldier has been injured in the exchange of fire with militants holed up inside the building at Pampore,” a defence spokesman said here.
He said further details were awaiting as the operation was in progress to flush out the militants.
Residents living nearby told news agency IANS that the militants entered the institute complex from the river side and captured the hostel building.
There were some JKEDI employees inside the complex at the time of the attack but most of them said they were not sure how the militants got inside.
“We don`t know exactly what happened. We saw smoke coming out of the top floor of the hostel and called the fire brigade and police,” a JKEDI employee told IANS, speaking on anonymity.
“When the security forces arrived and militants began firing at them and suddenly there were guns roaring from all sides,” he added.
A building within the premises had caught fire this morning, a police official said.
Fire tenders were rushed to the spot, but they were not allowed to enter the building due to security reasons, the official said.
Militants had targeted the EDI building in February this year as well.
Two soldiers, including an officer, a civilian employee of the Institute and three militants were killed in that operation that lasted 48 hours.
The institute, situated on the strategic arterial road connecting Jammu and Srinagar, has three buildings – a guest house, a hostel complex and the main office building – on a large swath of 3.5-acre land on the Jhelum.
The road on which the institute is located is the lifeline not only for local supplies but is the only all-weather link used by the Army to reach the Srinagar-based 15 Corps headquarters that is the nerve centre of the fight against militancy in the state.
The area around the building houses a government-owned joinery factory and a highly-secured complex of medium and shortwave radio transmitters of Radio Kashmir, Srinagar.