BJP membership swells by 3.8 crores after abrogation of Article 370 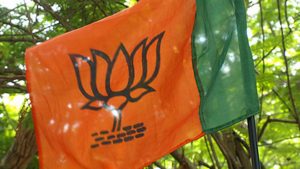