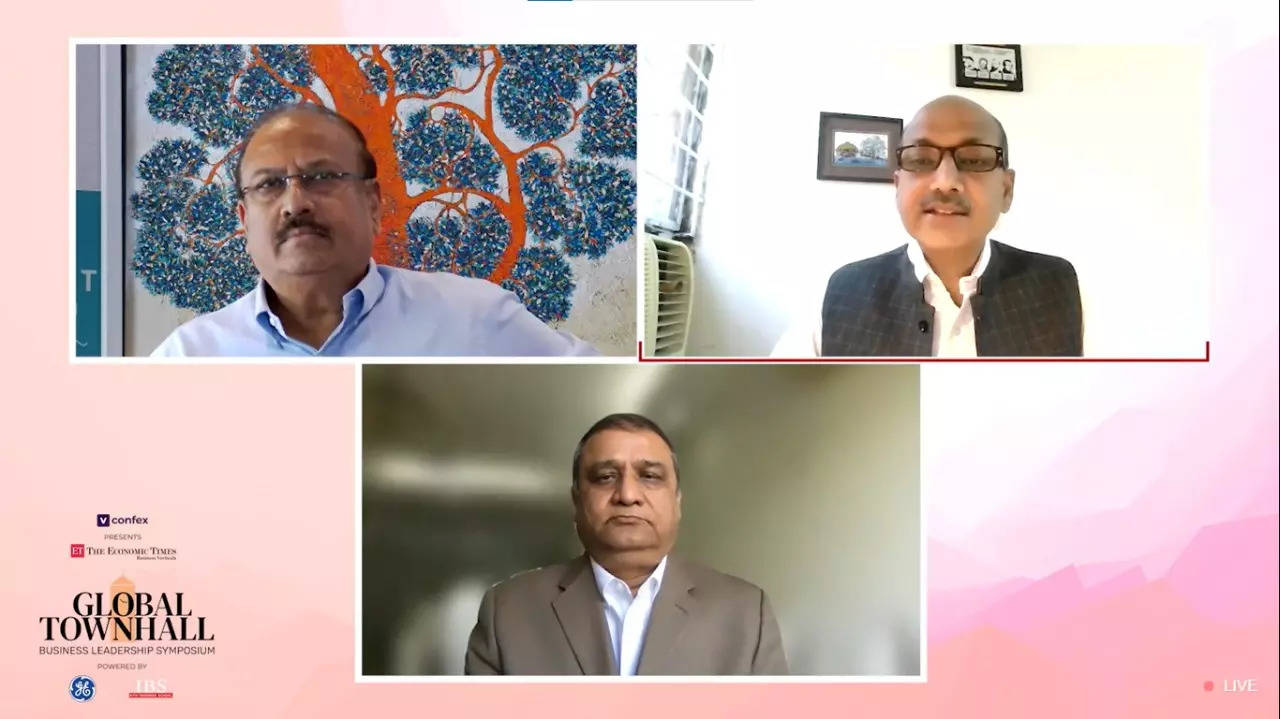 Initiating the discussion, Prof Dasgupta asked when Dr Singh started the mRNA vaccine development and the big moments of that period. Answering to this, Dr Singh said, “I wrote to the DBT secretary on 23rd of February with a programme on mRNA vaccine. As a scientist entrepreneur myself, I said let’s take a challenge on developing mRNA vaccine. So, DBT accepted our proposal in March and we initiated from then onwards.”

Elucidating that Bharat Biotech has a good history of working on pandemic strategies, Dr Ella said, “We have been working on pandemic way back 2006 onwards and we started with the chikungunya when it came to India. In 2014, we worked on Zika virus and then flu vaccines also. Although these vaccines might not require a national immunisation programme, I was always a scientist who would love to take a risk and do something that the countries are going to demand. So that has been my strategy right from the beginning. I did say and anticipated that there might be a possibility of an epidemic one day or the other. We predicted something but not to this extent of COVID-19. But certainly, we were ahead of the game but of course, there were limitations and some technological issues.”

Further talking about challenges in bringing up India’s first mRNA vaccine, Dr Singh said,” For us, the journey was a bit difficult because of two reasons- one was that when we went to the regulatory authorities, they were having no experience of mRNA vaccines. So, the experts who are sitting in the committee and at the Review Committee on Genetic Manipulation (RCGM) have billions of questions and it’s obvious. In the case of Moderna or Pfizer, they did not have the need to do preclinical toxicology or for other peers in the world, they have given some freedom on not to do or do parallel preclinical toxicology. But somehow we had to go through two independent back-to-back preclinical toxicology which has taken around six months. It certainly affected our programme, it slowed down some part of it. At the same time, as we are going to give this vaccine to millions of people, I will be cautious because we are going to give it to the healthy volunteers.”

“As for the second challenge, mRNA vaccine would require -70 ultra-low temperature and in Indian situation, it is not possible to maintain it. You know how demography, reach and exuberation in vaccine temperature go because it is transferred upto block level. Even if we would have made the vaccine, it would have been difficult for us to deploy not only in India but to 80% of the population of the world. So, finally we focused on technology and succeeded. I would like to stress that these adoptive trials are important, but we should also look into the global scenario as now we are a global economy. We have to be prepared in such a fashion that we can answer the global regulators also. The adoptive trials were somewhat helpful but for me, the technology was so new to the country, difficulties were there.”

Answering the question asked by Prof Dasgupta on the shortage of syringes in the backdrop of a surge in COVID vaccinations given that a very large proportion of second doses and certainly possible adolescent and child immunisations in the pipeline, Dr Ella said, “We predicted this last year itself that there will be a shortage of the plastics because when you have a country of seven billion world population, each needed two doses of vaccine so you are talking about almost 14 billion doses; 14 billion syringes and needles are required. So heavy plastics, heavy silver, stainless steel needles are required in the global community. Also, the pollution it can cause is going to be alarming. So, that was also one of the reasons for us to work on the nasal vaccine as it can be a multi-dose vial. One can avoid syringes and needles. It’s not just syringes and needles, we are going to have shortages of glass vials as we go along, this is going to be challenging.”

He further informed that shortages of needles, syringes and vials are a global problem. It needs to be addressed at a global level. He added that the vaccine manufacturers are smart and well prepared on how to make a multi-dose to reduce the cold storage, how to combat such shortages. They are working in that direction and preparing for it.

Taking up a question on the role of governments and philanthropies in agenda-setting in research and immunisation programs, Dr Ella said, “Right from the beginning, when we started the COVAXIN programme in May with Indian Council of Medical Research (ICMR) partnership, we never looked for money. It is time for us to pay back to the country and society, not only to India but also to the world. We are benefiting because of the marketing of a lot of other vaccines through a partnership with number other countries. We built the technology, facility, and medical research. Today, the vaccine companies should not be looking greedy, that is my personal philosophy. It is the time for us to pay back to society at large.”

Adding more thoughts to the question, Dr Ella said, “Corporates have to be philanthropistic to contribute back to the society because it is once in a lifetime that this sort of global problem comes and every corporate has got a moral responsibility to pay back to the society and community at large.”

Commenting on the role of governments and philanthropies in agenda-setting in research and immunisation programs, Dr Singh said, “The loss due to COVID was around 17 trillion economies worldwide. For future funding agencies, which include profit, and non-profit both should contribute. As a country, as a society, certain rules need to be framed and not only on the vaccine, but also on certain surveillance measures, preventive measures, data epidemics, all those things need to be strengthened in point of research. If any disease comes, vaccines can be developed quickly, now regulators are also cooperative, industries are also walking on the same path. But for an overall comprehensive ecosystem to be funded by the government and funding agencies, only a certain part of vaccine manufacturing is not going to suffice the need.” Veteran star Kamal Haasan, who was diagnosed with coronavirus a few days back, has now …