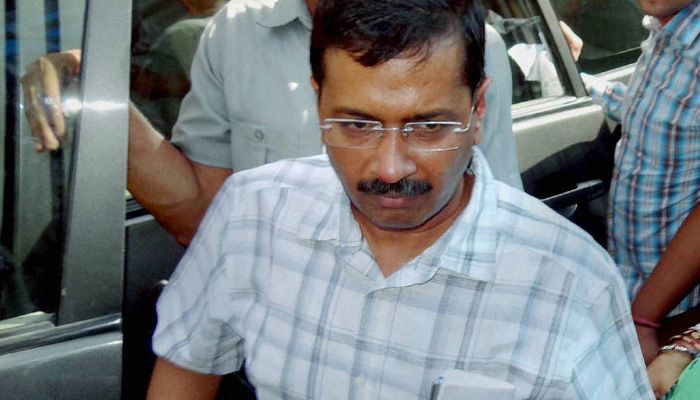 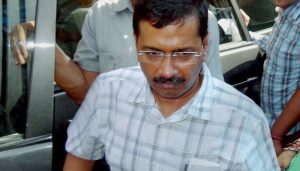 Two exit polls have predicted a landslide victory for the Bharatiya Janata Party in the MCD polls giving over 200 of the 270 wards, where the election was held on Sunday, in the BJP’s kitty.
New Delhi: Two days ahead of the results scheduled for Municipal Corporation of Delhi Elections, Delhi Chief Minister Arvind Kejriwal on Monday warned of launching a “movement” if the MCD exit poll results come true.
Two exit polls have predicted a landslide victory for the Bharatiya Janata Party in the MCD polls giving over 200 of the 270 wards, where the election was held on Sunday, in the BJP’s kitty.
The election was postponed in two wards due to the death of candidates.
Addressing a gathering of poll observers at his residence in Civil Lines two days before the counting, Kejriwal said that the AAP was born out of a movement and it will not hesitate to go back to its roots.
“If such results come, it proves that manipulation has happened, like in Punjab, Uttar Pradesh, Pune, Mumbai, Bhind, and Dholpur. We are the product of a movement. We are not here to enjoy the pleasures of power. We will return to movement,” he said.
Kejriwal said more than win or loss, he was more bothered about the “unabated tampering of EVMs” across the country and “betrayal”.
He cited an example of AAP MLA Mahender Yadav, saying: “Mahender is famous among the people of his constituency. In the morning, he roams on a bike in his constituency and asks people about their complaints.”
“And if exist polls result come true, we will give a befitting reply,” Kejriwal said.
Kejriwal also cited alleged instances of the AAP getting barely two votes in villages in Punjab, “even in places where people booed the Akalis out”.
“There is a colony in Sanjeev Jha’s constituency (Burari) where there was 100 percent voting in the municipal polls. But if they show 50 percent vote for the BJP then it makes one doubtful,” he said.
The meeting was also attended by senior party leaders including Ashutosh, Kumar Vishwas, and MLAs. It came against the backdrop of a fallout between Kejriwal and Vishwas.
“The survival of the AAP is not just to win a few states, it is important for the country. Minorities are in difficulty and fear, people cannot travel with their livestock. To stop their false nationalism, to keep alive the real questions of this country raised at the Jantar Mantar, the AAP has to survive,” Vishwas said.
AAP Delhi Convenor Dilip Pandey told news agency PTI that the MCD poll results could be “rigged” and the ground for it was being prepared by “floating” exit polls predicting a BJP sweep.
“If this (BJP sweep) is what the exit polls are saying, it is clear that the EVMs have been tampered with and these fake exit polls are being put out to prepare a ground for the rigged results,” he said.
Seemapuri MLA Rajendra Pal Gautam said that according to the feedback of the observers, most AAP supporters had turned out to vote in large numbers despite heat wave conditions on Sunday.
“So in this case, if there is any manipulation, what we have been saying will be validated,” he said.
The exit poll by ABP News-C Voter claimed that the Bharatiya Janata Party (BJP), which has ruled the three MCDs for 10 years, would make a clean sweep in municipal elections in Delhi, while the AAP and the Congress would lag far behind.
The exit poll predicted a landslide victory for the BJP in all three municipal corporations, winning 218 of the total 270 seats for which polls were held on Sunday.
Kejriwal, who had demanded that the polling for MCD polls should take place through ballot papers, told news agency IANS in an interview on Saturday that he feared “5 to 10 percent” EVM tampering in Delhi’s civic polls.
The Delhi State Election Commission, however, asserted that the EVMs were “completely safe”.