After years of war, Afghans wary to talk of mental health 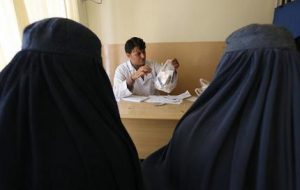