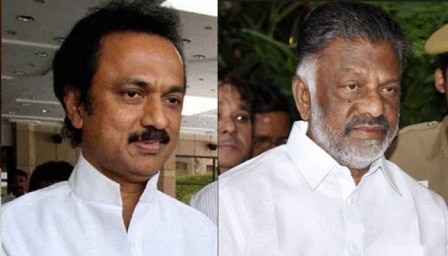 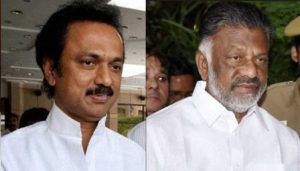 Chennai (Tamil Nadu): Dravida Munnetra Kazhagam (DMK) has come out in support of  O. Panneerselvam’s judicial inquiry demand into Jayalalithaa’s ‘mysterious’ death.
Extending support to former Tamil Nadu chief minister O. Panneerselvam and his demand to have judicial inquiry into the `mysterious` death of late J. Jayalalithaa, the Dravida Munnetra Kazhagam (DMK) on Saturday said their working president M.K. Stalin also demanded the same since she was admitted to hospital.
“Our leader M.K. Stalin was very categorical, not now but even when she (Jayalalithaa) was inside hospital, even after her demise. He wanted a white paper report to be published by the government. He also wanted the Central Government to intervene since the doctors from the AIIMS were also present.
So, what our leader stated has been strengthened by the demand made by the former chief minister O. Panneerselvam,” DMK spokesperson A. Saravanan.
Reiterating that there was something mysterious in the former Tamil Nadu chief minister`s death, Saravanan said a probe should be launched into the same.
“There is something mysterious. So, let them enquire. What had happened. Why was she admitted to the hospital? What was the reason? What was the treatment given to her prior and after her admission? I think, it definitely needs an inquiry,” he said.
Earlier, Panneerselvam had said an enquiry would be made regarding late Jayalalithaa`s health.In a veiled attack at Sasikala, Stalin on Wednesday said if proper probe takes place in late Jayalalithaa`s death case, then the person serving a four-year jail term in connection with a 19-year old disproportionate assets case will have to surrender to law.