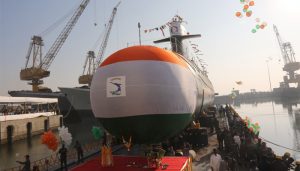 The first submarine of the Scorpene class is INS Kalvari which was commissioned into the Indian Navy on December 14, 2017.
Indian Navy’s second Scorpene class submarine INS Khanderi will be commissioned on September 28, 2019, while a stealth guided-missile frigate under Project P-17A which is a follow-up of the Shivalik class (Project 17 class) will be launched into the sea for trials. The first submarine of the Scorpene class is INS Kalvari which was commissioned into the Indian Navy on December 14, 2017.
Another four Scorpene Class diesel-electric attack submarines are under different stages of construction. The submarines have been designed by French company Naval Group (formerly DCNS) and manufactured at Mumbai’s Mazagon Dock Limited.
The attack submarines can travel at 37 kilometres per hour (20 knots) while their speed on the surface is 20 kmph (11 knots). They can cover a distance of 12,000km (6480 nautical miles).
INS Khanderi displaces 1,615 tonnes on surface and 1,775 tonnes when submerged. The 67.5 metres long INS Khanderi is powered by four MTU 12V 396 SE84 diesel engines and 360 battery cells and can remain on patrol for 50 days at a stretch at a depth of 350m. The submarine will have eight officers and 35 sailors. It will be armed with 18 SUT torpedoes which can be fired from six tubes, sea-skimming Exocet anti-ship missiles. It can also carry 30 anti-ship mines in place of torpedoes.
Apart from their primary role as an attack submarine, INS Khanderi and INS Kalvari along with their sister ships can also carry out reconnaissance (intelligence gathering as well as area surveillance/spying) missions and also lay anti-ship mines to target the enemy.
India had launched the Shivalik class stealth frigate programme in 2000 and commissioned three such warships – INS Shivalik ( commissioned April 29, 2010), INS Satpura (August 20, 2011) and INS Sahyadri (July 21. 2012). Indian Navy has ordered seven Project 17A class stealth frigates out of which four will be constructed in MDL and the remaining three at Kolkata’s Garden Reach Shipbuilders and Engineers Ltd (GRSE).
The frigates of Project 17A class will have improved stealth features, better radar and weapons system. These frigates will carry BrahMos supersonic cruise missiles and Barak surface-to-air missiles. Their top speed is 52 kmph (28 knots) and they will also be able to carry two helicopters, which can be either HAL Dhruvs or Sea King Mk 42Bs. The maximum range of Project 17A frigates will be 10,200km (5,500 nautical miles) at 30-33 kmph (16-18 knots). 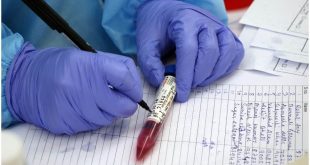