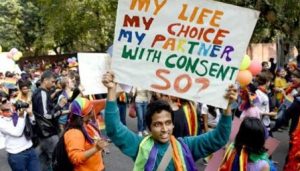 New Delhi: In yet another setback for the Narendra Modi-led government, the Supreme Court on Thursday slammed the Centre for delay in giving reservation to the transgenders.
The apex court, while ordering the Centre to grant reservation to transgenders, maintained that lesbians, gays and bisexuals do not constitute to be a part of the third gender.
Only transgender are third gender. Gay, Lesbian, Bisexual do not come under the third gender category, the apex court said.
The question of reservation had come up in 2015 and Centre had sought clarification about who are covered under transgender.
Though well known LGBT activists have welcomed the Supreme Court order on giving reservation to transgender community, they feel that the apex court’s view is ambivalent.
Hailing the apex court ruling, country’s leading gay rights activist Ashok Row Kavi was quoted as saying, ”the SC has said that transgender community should get reservation. But, who decides who is a transgender? Currently anyone can claim that he or she is a transgender. There needs to be a statutory body like national Backward Class Commission and Scheduled Castes Commission to decide that. They should certify who is a transgender. The SC is not clear about it. That is our main concern.”
Meanwhile, the CEO of Naz Foundation, Anjali Gopalan also echoed similar concerns by saying that there must be a government mechanism to decide who is a transgender and who is not to avoid any anomalies.