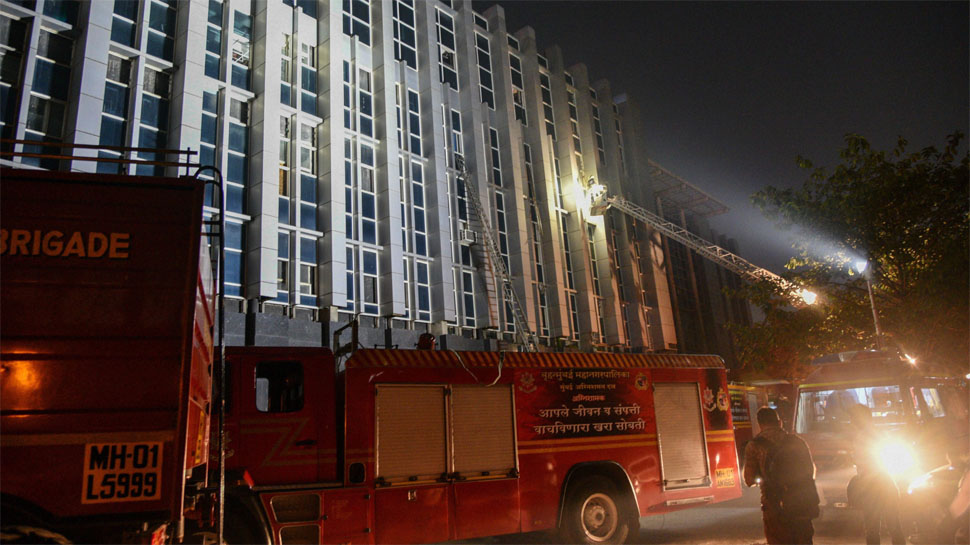 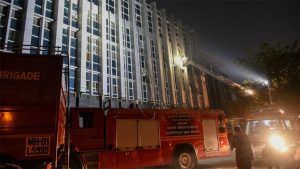 Another blaze broke out in the hospital premises on late Wednesday evening.
Mumbai: The death toll in Mumbai’s ESIC Kamgar Hospital at Marol in suburban Andheri climbed to 10 after one more person succumbed to his injuries on Thursday.
Dattu Kisan Naravade, 65, died in the Holy Spirit Hospital, informed the hospital staff.
As many as 175 people, including children, were injured in ESIC Hospital fire incident that took place on Monday. Nearly 375 people, including patients and visitors, were in the five-floor hospital when the fire broke out. The blaze was first noticed near the operation theatre of the hospital. It quickly spread horizontally and vertically, trapping around 155 people.
Two persons were arrested on Wednesday arrested in connection with the fire.
“Those arrested were identified as Nilesh Mehta and Nitin Kamble. They are supervisors of a construction company, which was overseeing the construction of a new building of the hospital,” a senior official said.
The duo was booked under IPC sections 304 A (causing death by negligence), 338 (causing grievous hurt by act endangering life or personal safety of others) and others.
Another blaze broke out in the hospital premises on late Wednesday evening. Nobody was injured in the fire, which was reported at 7.54 pm, the official from Disaster Management Unit of the Brihanmumbai Municipal Corporation (BMC) said.