13 persons died daily in road accidents in Punjab in 2018, overspeeding leading cause 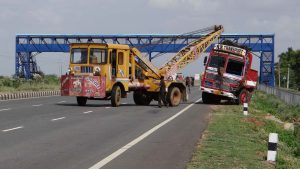