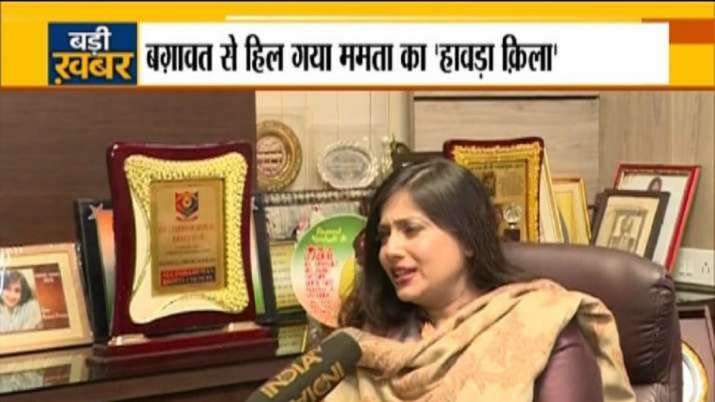 West Bengal Chief Minister-led Mamata Banerjee’s party Trinamool Congress (TMC) has expelled its sitting MLA Baishali Dalmiya from the party. The development has come after the lawmaker had raised corruption issues in the party.

Legislature from Bally Assembly Constituency, Baishali Dalmiya in an exclusive conversation with India TV had said that some people in the party are hurting it from inside like termite, raising concern that an anti-termite solution is necessary to save the party.

Speaking to India TV previously, Dalmiya said she was feeling bad that Laxmi Ratan Shukla resigned from the Cabinet adding he was doing a good job. However, she did not comment on what would have been the possible reason for Shukla to take this step. She also did not comment on whether he will be joining BJP adding it would be his personal decision.