Raje government stopped a lot of work we started, they will be renewed, says Ashok Gehlot 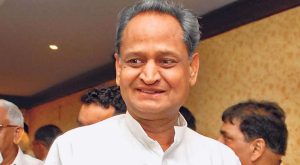 New Delhi: After hours of hectic parleys and deliberations, seasoned Congress leader Kamal Nath deferred as the next chief minister of Madhya Pradesh on Thursday. The final decision on Chief Minister in Chhattisgarh and Rajasthan will be taken by party chief Rahul Gandhi on Friday.
As per sources, discussions are still underway in Rajasthan with Sachin Pilot and Ashok Gehlot frontrunners for the position. While Pilot met Gandhi twice on Thursday, Gehlot left for Jaipur earlier in the day after meeting the party chief. As of now, no consensus for CM position has emerged.
In Chhattisgarh, the battle is between state party chief Bhupesh Baghel, leader of Opposition in outgoing assembly TS Singh Deo, OBC leader Tamradhwaj Sahu and veteran leader Charan Das Mahant.
# Ashok Gehlot to be the next Rajasthan Chief Minister and Sachin Pilot will be the Deputy Chief Minister, says KC Venugopal, All India Congress Committee observer for Rajasthan informing that Congress president Rahul Gandhi has decided on the appointment.
# Sachin Pilot to be the Deputy chief minister of Rajasthan. He will also continue to be the Rajasthan Congress Chief.
# Ashok Gehlot likely to be the next Chief Minister of Rajasthan, reports news agency ANI quoting sources.
# Congress chief tweets a photo of Gehlot, Pilot and himself with text “The united colours of Rajasthan!”
# Thanking the voters, Kamal Nath, Madhya Pradesh CM designate says, “I would like to thank public and I hope that we will live up to the expectations that public has from us and the Congress party. Our priorities will be agriculture sector and generating employment for the youth.”
# Former MP CM and BJP leader Shivraj Singh Chouhan congratulates Kamal Nath: “I would like congratulate Kamal Nath Ji and convey my best wishes to him. I hope he will fulfill all the promises he has made and continue with the schemes we had implemented.”
# Reacting to Congress’ delay to name CM, Ashok Gehlot, said, “Decision is not being delayed, BJP is spreading lies. BJP took seven days in UP and nine days in Maharashtra to choose a CM. The process takes time,observers go to sates for discussion. Whenever such decision is taken it takes time.”
# Kamal Nath reaches at Raj Bhavan in Bhopal to meet Governor.
# Kamal Nath to take oath as Madhya Pradesh Chief Minister on December 17 at Lal Parade Ground in Bhopal.
# “After the elections results, the observer came here and had a meeting with all MLAs. It was mutually decided that the final decision will be taken by Congress high command. Whatever responsibility leadership will give, we will follow,” says Chhattisgarh Congress President Bhupesh Baghel.
# Names of CM candidates in Rajasthan and Chhattisgarh may not be announced today, party sources told Zee News
# Sources indicate that the Congress was also toying with a formula to have deputy chief ministers in the states.
#Rahul Gandhi on Thursday held marathon consultations with senior party leaders, including Sonia Gandhi, to select chief ministers for newly-won Rajasthan and Madhya Pradesh, apparently stymied by a tussle between the old and the young guard in the party. Gandhi’s official residence in Lutyens Delhi became a revolving door as the four main chief ministerial claimants and AICC observers for the three Hindi heartland states, including Chhattisgarh, made repeated visits to hold several rounds of discussions to help the party president untie the gordian knot. 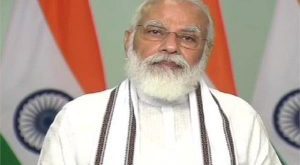