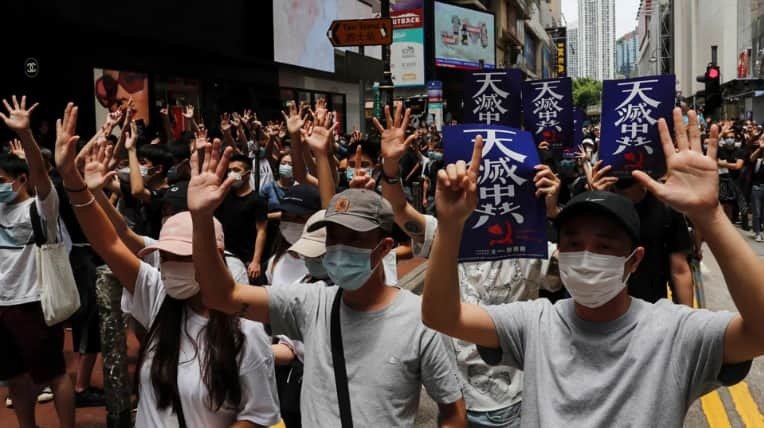 The protests started two days after a resolution to “prevent, frustrate and punish” threats to national security in Hong Kong was presented to China`s legislature, the National People`s Congress (NPC).

Thousands took to the streets of Hong Kong to protest against China`s planned national security law for the city. The police raised blue flags warning protesters converging outside a department store to disperse before tear gas was first fired near the junction of Hennessy Road and Percival Street, reports the South China Morning Post newspaper.

Police reportedly fired pepper balls at one group on Gloucester Road, where they later said that “rioters climbed over railings and dashed through a flyover and multiple carriageways in the vicinity, causing serious obstruction to road traffic” and “they also rampaged through passing vehicles, posing a serious threat to public safety”.

The police stated that “minimum necessary force, including tear gas” had been used, as protesters had thrown umbrellas and water bottles at them.

The protests started two days after a resolution to “prevent, frustrate and punish” threats to national security in Hong Kong was presented to China`s legislature, the National People`s Congress (NPC), the report said.

The draft legislation, which would outlaw acts of secession, subversion and terrorism, is expected to be passed on May 28, authorising the NPC Standing Committee to draft the law and impose it on Hong Kong, bypassing the city`s legislature, the report said.

The bill, which city leader Carrie Lam has called a top priority, provides for jail terms of up to three years. The Legislative Council will debate the bill on Wednesday.

Meanwhile, Hong Kong Police said that they arrested more than 180 people on Sunday. “Terrorism is growing in the city and activities which harm national security, such as `Hong Kong independence`, become more rampant,” Secretary for Security John Lee said in a statement.

“In just a few months, Hong Kong has changed from one of the safest cities in the world to a city shrouded in the shadow of violence,” he said, adding national security laws were needed to safeguard the city`s prosperity and stability, according to a Reuters report.

Calls for independence are anathema to Beijing, which considers Hong Kong an inalienable part of the country.

Financial Secretary Paul Chan wrote on his blog on Sunday the national security law “itself” does not affect investor confidence, only the “misunderstanding” of it does, adding “The central government has already said the law is targeted at the minority of people who are suspected of threatening national security and will not affect the rights of the general public.”

The United States, Australia, Britain, Canada and others have reportedly expressed concerns about the legislation, widely seen as a potential turning point for China`s freest city and one of the world`s leading financial hubs.

Taiwan will provide the people of Hong Kong with “necessary assistance”, President Tsai Ing-wen was quoted by Reuters. Taiwan has become a refuge for a small but growing number of pro-democracy protesters fleeing Hong Kong, which has been convulsed since last year by anti-Beijing and anti-Hong Kong government protests.

Taiwan will “even more proactively perfect and forge ahead with relevant support work, and provide Hong Kong`s people with necessary assistance”, she wrote.

The number of Hong Kong immigrants to Taiwan jumped 150% to 2,383 in the first four months of 2020 from the same period last year, official data reportedly showed.

Meanwhile, China has accused supporters of Taiwan independence of colluding with the protesters. China believes Tsai to be a “separatist” bent on declaring the island`s formal independence.

Like Loading...
2020-05-25
Joginder Singh
Share
Previous Large number of flights cancelled nationwide on first day as services resume after 2 months
Next Ghaziabad to reseal Delhi border from May 26 amid spike in coronavirus COVID-19 cases 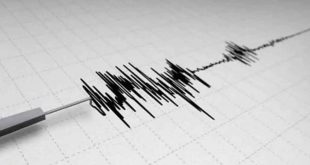