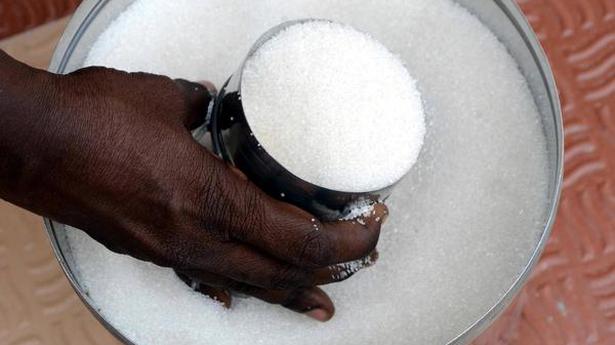 ‘Decision driven by rising prices and Pakistani industry’s need for the specific products.’

Partially reversing a two-year old decision to suspend all trade with India, Pakistan announced on Monday that it would allow the import of cotton and sugar from across the border. The decision follows the Line of Control ceasefire announced by India and Pakistan in February, and a number of moves seen as part of a larger dialogue process to defreeze ties.

Addressing the media at the end of a Cabinet meeting that cleared the two proposals from Pakistan’s Commerce Ministry, Pakistan’s newly appointed Finance Minister Hammad Azhar, said however, that the decision was driven by rising prices and Pakistani industry’s need for the specific products.

“We have allowed the import of sugar, but in the rest of the world too, sugar prices are high because of which imports are not possible. But in our neighbouring country — India — the prices of sugar are much less as compared to Pakistan, so we have decided to reopen sugar trade with India up to 0.5 million tonnes for the private sector,” Mr. Azhar said, adding that there was also high demand for Indian cotton and cotton yarn from India especially from Pakistani Small and Medium Enterprises (SMEs) due to increased textile exports but a reduced crop in 2020.

The decision to cancel trade was taken by the Imran Khan government on August 9, 2019, days after the government amended Article 370 and reorganised Jammu and Kashmir.

The Ministry of External Affairs did not respond to the development, nor did it respond to questions about whether it was considering any complimentary steps. While India had not banned trade with Pakistan, it suspended cross-LoC trade and withdrew Most Favoured Nation (MFN) status to Pakistan in the wake of the Pulwama attack in February 2019.

Experts said that the move by Pakistan, that follows the granting of sporting visas by India after a gap of three years, scheduling a much-delayed meeting of Indus Water Commissioners in Delhi in March, peace at the LoC after more than 5,000 ceasefire violations last year, as well as the exchange of salutary messages between Prime Minister Narendra Modi and Imran Khan, has raised hopes for further measures.

“The decision by Pakistan to allow trade in the selected items will gradually lead to restoration of normalcy in India – Pakistan trade,” said Afaq Hussain, Director, Bureau of Research on Industry and Economic Fundamentals (BRIEF) that studies India-Pakistan and cross LoC trade.

“It will help Pakistan’s domestic manufacturers to reduce their cost of production which had increased because of the trade ban from India. The garment manufacturing industry in Pakistan will be a key beneficiary while it is also going to benefit the manufacturers and exporters in India along with the stakeholders in trade, like truckers and service staff, in Punjab,” he added.