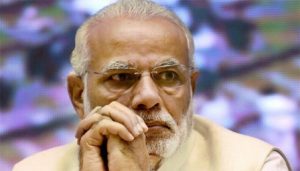 New Delhi: In what is likely to ignite a fierce political debate, the NDA government-led by Prime Minister Narendra Modi has asked the Law Commission to examine the implications of implementing the Uniform Civil Code across the country, a report said on Friday.
In the history of Indian Independence, this is the first time that a government has asked the Law Commission to look into the Uniform Civil Code, a report published in The Economic Times said.
Bharatiya Janata Party led government’s move is expected to raise a huge political storm as such a code is often twisted together with a debate on secularism.
If the Act is passed by the Parliament, it would ensure same common personal laws for all citizens.
At present, there are different personal laws for Hindus and Muslims. Personal law covers issues like property, marriage and divorce, inheritance and succession.
Last year, the Supreme Court had refused to entertain a petition by a Delhi BJP leader seeking a direction to the Centre and Parliament to enact a uniform civil code to put an end to alleged discrimination being faced by Muslim women.
A bench, headed by Chief Justice TS Thakur, had said it was not for the Supreme Court to pass a direction to Parliament to introduce a Bill in this regard.
Interestingly, under the Directive Principles of the State Policy in the Constitution. Article 44, under the principles, says: “The State shall endeavour to secure for the citizens a Uniform Civil Code throughout the territory of India.”
Recently, Union Parliamentary Affairs Minister M Venkaiah Naidu favoured a debate on common civil code in the country and said the government would not “thrust” it and would move ahead only after a broad consensus emerges on the issue.
AIMIM president Asaduddin Owaisi has maintained that one cannot have a uniform civil code in a pluralistic and diverse country like India.