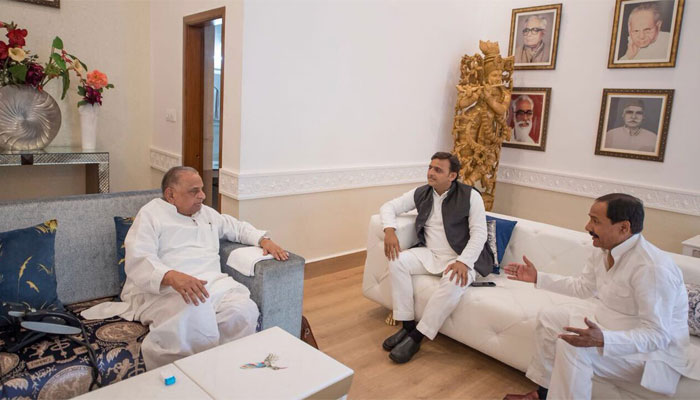 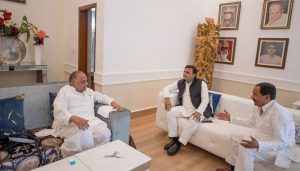 Did you know? Mulayam – like son Akhilesh – claims he has no home of his own that could accommodate his security detail and visitors he gets daily.
New Delhi: After son Akhilesh Yadav asked for two years to vacate the official government bungalow allotted to him, former SP leader Mulayam Singh Yadav too followed suit and sought permission of the same duration to move from his government bungalow.
Earlier this month, the Supreme Court had ordered that CM’s of Uttar Pradesh will have to vacate their government bungalows once their tenure in office comes to an end. The decision was taken by the apex court while hearing a public interest litigation (PIL) filed by NGO Lokprahari. The plea had challenged the decision of the government to allot official bungalows to Chief Ministers after their tenure in the office got over.
Former CM Akhilesh – who suffered a humiliating drubbing in the last state elections, sought two years to abide by the order as he claimed he had no other home to move into. Mayawati of BSP – as per media reports – may be planning to get her government bungalow be deemed as a memorial for party founder Kanshi Ram. And taking a cue for them, Mulayam too appears not too keen on calling the packers. As per a report in Hindustan Times, he has written a letter to the estate department and said he would need two years because he has no suitable home of his own which can accommodate his security detail and the large number of daily visitors he gets. The request is reportedly under consideration and the state government will take a call on it.
Besides Akhilesh, Mayawati and Mulayam, the other former UP CMs currently in possession of government bungalows are Bharatiya Janata Party’s Rajnath Singh and Kalyan Singh, and ND Tiwari of the Congress.
In its order, the Supreme Court had said that Section 4(3) of UP Ministers (salaries, allowances & miscellaneous provisions) Act, 2016 is unconstitutional.
And in sharp contrast to the scenario in UP, Tripura’s outgoing CM Manik Sarkar vacated his official residence a day after losing the elections later this year. With no home of his own, he and his wife were eventually put up in the CPI(M) office.