Breaking News
Home / Mary Thomas / Kashmir: the battle that has polarised SE Asians around the world

Kashmir: the battle that has polarised SE Asians around the world

On August 5, India&#39;s government issued an unprecedented executive decree stripping away the
autonomy that the state of Jammu and Kashmir was granted in exchange for joining the Indian union
after independence in 1947. Indian authorities imposed a lockdown in the region, cutting off all
communication lines, restricting movement and putting elite Kashmiri politicians under house arrest.
The government&#39;s decision to revoke Article 370 of India&#39;s constitution, which ensured the Muslim-
majority state its own constitution and independence over all matters except foreign affairs, defence
and communications, is the most far-reaching political move on the disputed region in the last seven
decades. However, neither the Indian government&#39;s decision to impose direct rule from New Delhi, nor
its attempts to silence the Kashmiri cries for freedom and dignity is anything new.
A brief look back in history makes it evident that Kashmir&#39;s turmoil started long before the formation of
modern India. Ever since its annexation by the Mughal empire in 1589 AD, Kashmir has never been ruled
by Kashmiris. After the Mughals, the region was ruled by the Afghans (1753-1819), Sikhs (1819-46), and
the Dogras (1846-1947) until the Indian and Pakistani states took over parts in 1947.
Since October 1947, India and Pakistan fought multiple wars over Kashmir, both claiming to have the
best interests of the local population in mind. But they both suppressed Kashmiri voices that criticised
their actions and demand independence. Over the years, India and Pakistan have not left a single stone
unturned to control the narratives of Kashmir. India used physical violence, encounters, rape and
unlawful prosecutions. Meanwhile, Pakistan has not been an innocent supporter of the Kashmiri
struggle, as it admitted to supporting and training armed terrorist groups in the valley, such as Lashkar-
e-Taiba (LeT), in the 1990s.
The battle has spilled over to the South East Asian Diaspora trying to get a grip on their piece in conflict
resolution. Further, politicians in countries of their residence join in rallies on either side without
understanding that the seeds of this conflict are more religious and political to even touch with a stick.
More than anything, it will do good for these politicians to come to terms with the fact that they can
never truly understand the context entirely as it scales many centuries of strife. So, it is better not to add
to the rising decibels of conflict their 2 cents. They simply have no control over this distant and highly
politicised issue.
Kashmir is a loaded word which has polarised Indians and Pakistanis as well as Hindus and Muslims
everywhere, depending on their political affiliations are on one side or the other. Instead of
understanding that this further complicates the issue, we must realise we’re all one people and a
peaceful solution is possible.
Deep-seated trauma that has happened to communities around the world whether due to colonial
oppression or tribal conflict, needs time, compassion and an openness to hearing the stories so they can
be worked through. It requires a mindset change. Especially in such a highly charged situation politically
and religiously, people need to work together to find a solution. The other option is Nuclear War. Take
your pick! Write in your opinions to us at mary@asiantribune.ca 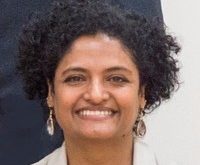