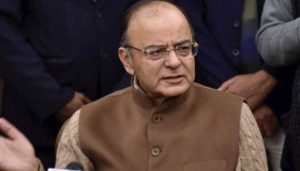 New Delhi: A day before the presentation of Union Budget 2017, the Economic Survey on Tuesday pegged the country’s economic growth at a conservative level of  6.75-7.5 percent for the next fiscal.
The Economic Survey 2017 was presented in the Parliament today by the Finance Minister Arun Jaitley.
The Economic Survey pointed out that demonetisation will have both short-term costs and long-term benefits.
“Briefly, the costs include a contraction in cash money supply and subsequent, albeit temporary, slowdown in GDP growth; and benefits include increased digitalization, greater tax compliance and a reduction in real estate prices, which could increase long-run tax revenue collections and GDP growth.” it said.
The Economic Survey further stated that while economic performance has been remarkable in the aggregate, India’s success as a federation depends on the progress of each of its individual states.
Key Highlights of Economic Survey
-GDP growth for next fiscal pegged at 6.75-7.5%
-GDP growth rate at constant market prices for the current financial year i.e. 2016-17 is placed at 7.1%
-CPI based core inflation has remained stable in current fiscal year averaging around 5%
-Economic growth expected to return to normal as new currency notes in required quantities come back into circulation
-Agriculture sector to grow at 4.1% in the current year up from 1.2%  in 2015-16
-Growth rate of the industrial sector estimated to moderate to 5.2% in 2016-17 from 7.4% in 2015-16
-Service sector is estimated to grow at 8.9% in 2016-17, almost the same as in 2015-16.
-Trade deficit declined to USD 76.5 billion in 2016-17 (April-December) as compared to USD 100.1 billion in the corresponding period of the previous year
-The current account deficit (CAD) narrowed in the first half (H1) of 2016-17 to 0.3% of GDP
-Economic Survey advocates reforms to unleash economic dynamism and social justice
-Economic Survey suggests setting up of a centralised Public Sector Asset Rehabilition Agency
-Inflation is repeatedly being driven by narrow group of food items, pulses being major contributor of food inflation
-India’s trade-GDP ratio is now greater than China’s
-Indirect taxes grew by 26.9 percent during April-November 2016
-FDI reform measures were implemented, allowing India to become one of the world’s largest recipients of FDI
-UPI can unleash the power of mobile phones in achieving digitalization of payments & financial inclusion
-GST will create a common Indian market, improve tax compliance and governance, and boost investment and growth
-Economic Survey sees fiscal windfall from Pradhan Mantri Garib Kaayan Yojana, low oil prices
-Capital inflows into India are no lower than in the average emerging market
-At end-September 2016, India’s external debt stock stood at USD 484.3 billion, recording a decline of USD 0.8 billion over the level at end-March 2016
-In H1 of 2016-17, India’s foreign exchange reserves increased by USD 15.5 billion on BoP basis
-Economic Survey recommends reforms in labour and tax policies to make the Apparel and Leather sector globally competitive
-Income Tax net could be widened gradually by encompassing all high income earners
-Time table for cutting corporate tax should be accelerated
-Tax administration could be improved to reduce discretion and improve accountability