In Goa, Arvind Kejriwal says AAP has no money to fight elections 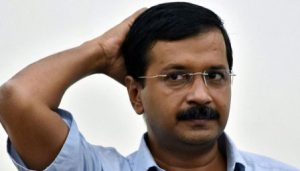 Panaji: Admi Party does not have money to fight election despite running Delhi government, AAP national convener Arvind Kejriwal has said.
“It would look odd but it is true that despite a one-and-half year of governance in Delhi, AAP does not have money to fight election. I can show you my bank account, even party does not have money,” Kejriwal told a group of Scheduled Castes and Scheduled Tribes members in South Goa last evening.
However, AAP has already begun campaigning for the forthcoming Punjab and Goa polls.
“When we contested in Delhi, it is the people who fought the election. AAP is a platform for everyone to fight for their better future,” the Delhi Chief Minister said.
He said similar should be situation in Goa where local people will fight the polls.
Kejriwal said if AAP gets elected in the state, there will not be a “high command” culture.
“Goans will govern in Goa. That is why even the (poll) manifesto is being drafted by Goans. I will not dictate manifesto, people of Goa will decide,” he said.
The Delhi CM said his visits to Goa are “only to understand the issues”.
On the alleged rampant sale of narcotics in Goa, he said “if the state government wants, the drugs can stop in Goa in next one hour”.
He alleged that the nexus between drug peddlers, policemen and politicians has kept the trade alive.
“Money is being paid to politicians through policemen,” he claimed.