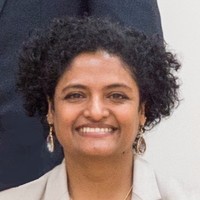 English was the first language I spoke growing up in Post-Colonial Mumbai in the 70s and 80s, I have fluency in 5 other languages attained thereafter but I still think in English.

Language is symbolic and representative; you can interpret any given statement in more than one way. Sometimes the difference is simply literal versus figurative interpretation. Denotation is the actual meaning of the word and connotation refers to the emotional or psychological associations a word carries. Many words are culture specific and they cannot be exactly translated into another. Every language is a world in itself and opens itself as whorls of a blossoming flower.

However, the language the world communicates and trades in is English. Though Bollywood is the biggest film industry in the world no one can deny the appeal of Hollywood films and the Oscars. English films get dubbed in a wide variety of languages for local consumption borders become irrelevant. Millions of foreigners watch films with English subtitles inadvertently wiring the language into peoples’ brain.

On the international music arena, English tops the roost since pre-Beatles times, and its relevance has only been increasing with time.

Throughout my childhood, early teenage years and adolescence, I lapped up novels from Enid Blyton to Sidney Sheldon. Who would miss classics like Gone with the wind, Harper Lee’s “To Kill a Mockingbird” or George Orwell’s Animal Farm, Richard Bach’s Illusions and Ayn Rand’s Fountainhead? Can’t imagine my growing years without them. Much of the culture was alien to me but I enjoyed them nevertheless.

English is the easiest language on the planet Earth at least easier than the other 5 I know, a factor that contributes to its world-wide popularity. Having drawn from every language under the sun, English has the largest vocabulary of all other languages on the planet.

You can literally say the same thing in twenty different ways depending on the vocabulary you use – there’s slang, there’s conversational English, there’s formal and professional language – while in other languages you’re more limited to what and how you can say anything.

The tourism industry has sky rocketed with more people travelling worldwide than ever before. Thus, English has become the common denominator for people from different countries to connect. Whether you travel to Greece, Spain and Portugal, English is the language used in local hotels, restaurants or retail chains. English speaking folks who learn other languages have difficulty getting natives to speak in their local language and frequently will be spoken to in English.

English is also the language of the world wide web. With the growing number of websites, it’s estimated that more than half of the entire online material is published in English. The Internet speaks in English!

Get on the bandwagon and build fluency if you haven’t already. Maybe someday the whole world will speak in one language and all others might fade away. Persevere to speak your own tongue to your kids and families to sustain the languages of your youth. With each language lost, we lose a whole world of beauty and meaning.

Your thoughts, anecdotes, humour on language misinterpreted, Please send in to us on mary@asiantribune.ca.