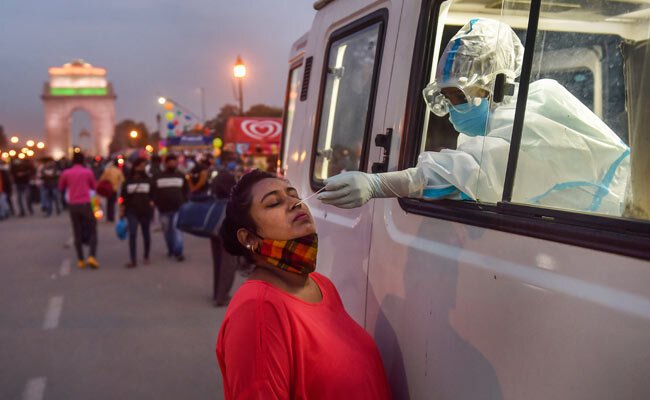 Chief Minister Arvind Kejriwal has slashed the price of the more reliable RT-PCR tests by two-thirds to just ₹ 800 in private labs across the city.

New Delhi: Delhi Chief Minister Arvind Kejriwal has slashed the price of RT-PCR tests – the gold standard for detecting COVID-19 – by two-thirds to ₹ 800 in the city.

Though these tests are being conducted free of cost in Delhi’s government hospitals, they can cost up to ₹ 2,400 in private laboratories.

“I have directed that the rates of RT-PCR tests be reduced in Delhi. Whereas tests are being conducted free of cost in government establishments, this (price cut) will help those who get their tests done in private labs,” Mr Kejriwal tweeted.

Many states, including Maharashtra, Rajasthan and Tamil Nadu, capped the cost of RT-PCR tests after India’s top medical research body ICMR said in May it would no longer regulate the price, and that this would now have to be done by each state individually.

The cost of an RT-PCR test has come under the scrutiny of the Supreme Court, which is hearing a plea seeking directions to cap the cost at ₹ 400 across the country.

The plea claims that different rates are being charged across the country whereas the cost of the test actually works at just ₹ 200. It said the cost of RT-PCR test was fixed between ₹ 900 to ₹ 2,800 by various state governments and Union Territories.

To increase testing amid the second wave in September, the Delhi government had said residents no longer needed a doctor’s prescription to take a coronavirus test. People need to carry Aadhaar card as proof of their address in Delhi and fill up forms from the Indian Council of Medical Research, which is the country’s nodal agency of the battle against coronavirus, the government had said.

Monday’s move to slash price comes amid a third wave of coronavirus infections.

So far, Delhi has recorded more than 5.6 lakh COVID-19 cases with 9,066 deaths. The city’s daily coronavirus infections remained below the 5,000-mark for second day on Sunday with 4,906 fresh infections with 68 deaths.

Delhi was logging almost 100 Covid-related deaths a day in the week ending Sunday.