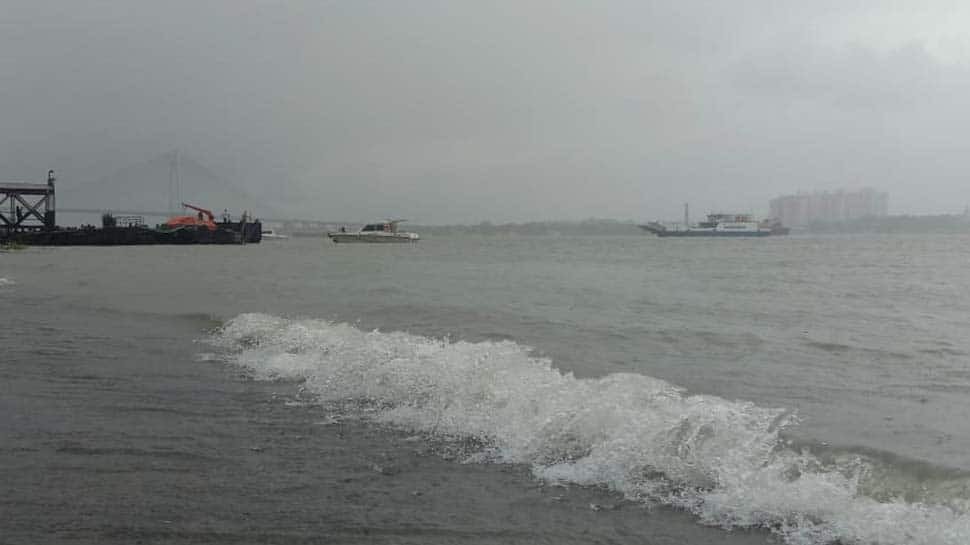 The Cyclone Amphan on Wednesday evening crossed the West Bengal-Bangladesh coast between Digha (West Bengal) and Hatiya Islands (Bangladesh) across Sunderbans (West Bengal) as a very severe cyclonic storm, said the India Meteorological Department (IMD). The cyclone crossed between 3.30 pm and 5.30 pm with wind speed of 155-165 kmph gusting to 185 kmph.

At least two people died in West Bengal in the wake of the cyclone. While one person died in Howrah district another person died in North 24 Parganas district. A warning has also been issued for the districts of South 24 Pargana, Midinipur and Sunderban.

The cyclone will start weakening after landfall. The northern and central districts of West Bengal, Assam, Meghalaya, east Bihar and east Jharkhand will get moderate to heavy rains until May 21 morning.

The landfall process of the cyclone began at 2.30 pm on Wednesday continued for about four hours.The forward sector of the wall cloud region entered into land in West Bengal. The intensity of the Extremely Severe cyclone near its centre as the landfall process started was recorded at 160-170 kmph, gusting to 190 mph. Heavy rain and gale wind have affected several districts in the Gangetic West Bengal since morning and the intensity of the downpour and wind increased gradually with every passing hour.

There have been reports of trees being uprooted, kaccha houses being damaged and some roads being damaged. West Bengal Chief Minister Mamata Banerjee, Chief Secretary Rajiv Sinha along with other senior officials are monitoring the situation from the state’s emergency operation centre at Nabanna.

For Odisha, the wind speed will be between 100 to 110 gusting to 125 kmph along and off Jagatsinghpur, Kendrapara and Bhadrak districts till afternoon and over Balasore district till evening. Addressing a press conference, the NDRF DG said, “24 additional alert teams on hot stand-by, for airlift, have been kept ready, they can be deployed not just during, but even after, the cyclone, they can get ready in 15 minutes and be airlifted.”

According to data obtained from states, more than five lakh people in West Bengal and more than 1.5 lakh people in Odisha have been evacuated added the DG. He added, “NDRF headquarters and local commandants are in coordination with the respective state authorities; 20 teams in Odisha and 19 teams in West Bengal have been pre-positioned in consultation with the respective state authorities.”