Once it is signed, Iran will open its doors for Chinese investment not just in one or two sectors but across the Iranian economy. The Chinese presence in Iran would expand in banking, telecommunications, ports, and railways, also more than a dozen projects will go to Chinese companies.

China has struck a deal with America’s enemy – Iran. It’s a $400 billion economic and security strategic partnership deal. As always, China is using its chequebook to have its way. It has bought Iran over for $400 billion dollars. It is a 25-year strategic accord with an 18-page agreement that weds Iran to China for a quarter of a century.

Once it is signed, Iran will open its doors for Chinese investment not just in one or two sectors but across the Iranian economy. The Chinese presence in Iran would expand in banking, telecommunications, ports, and railways, also more than a dozen projects will go to Chinese companies.

Beijing hopes to get cheap oil in return. China will walk away with a steady supply of Iranian oil at a heavily discounted rate for 25 years and this is just one side of the story of the economic aspect.

The deal also has a military dimension. There will be reportedly joint training and exercises, joint research and weapons development, even intelligence sharing as part of the agreement.

The deal will fundamentally change Iran’s relationship with China. It will put Tehran in Beijing’s corner and India could see its influence diminish overtime.

The biggest threat is to the Chabahar port. It was seen as India’s counter to the Gwadar port in Pakistan that is part of China’s Belt and Road initiative(BRI), if China invests heavily in Iran the Chabahar port could lose its relevance.

However, it is hypothetical as of today. The Iran-China agreement reportedly has not been submitted for Parliament’s approval yet and hasn’t been made public. China hasn’t shared the details of the deal yet as well. The ministry of foreign affairs in Beijing was asked about it today and it didn’t share any information.

It is not yet clear if the top brass of the Communist Party has signed off on it but the details of the deal that have leaked are reportedly part of the “final version”. Iran is not hiding the fact that it is negotiating the agreement with China. On July 5, Iran’s foreign minister Javad Zarif indicated that the deal will happen and it will be presented before Iran’s Parliament for approval.

The potential agreement is a big threat to India. Historically, India and Iran have enjoyed a close relationship. India was one of the biggest buyers of Iranian oil but New Delhi stopped buying oil from Iran in 2019 after the United States slapped sanctions against Iran and refused to grant any waivers to India.

Now, Trump’s “maximum pressure” policy against Tehran has failed. China went under the nose of the Americans and managed to negotiate a deal with Tehran that could create more flashpoints in West Asia and even cost India its relationship with Iran. 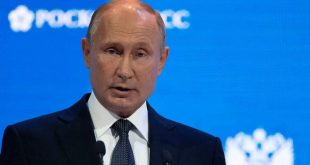 Russia is also hoping to start mass production of the vaccine soon, said the president. …