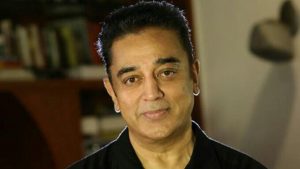 The party launch will take place in the evening, around 6 pm, at Othakadai Ground in Madurai.
RAMESWARAM: All eyes are riveted on superstar Kamal Haasan’s political party launch in Madurai on Wednesday. In an action-packed event, which will be attended by top political leaders and public figures, the veteran actor-turned-politician will announce his party’s ideologies, apart from revealing party name and flag.
On Wednesday morning, Haasan will visit Rameswaram. The party launch will take place in the evening, around 6 pm, at Othakadai Ground in Madurai. He will also address public meetings in Ramanathapuram, Manamadurai and Paramakudi – his hometown.
Taking to Twitter, Haasan on Tuesday wrote, “Our long journey is set to begin tomorrow. I am set to hoist our party flag at 6 pm a huge public meeting at the Othakadai Ground in Madurai. I am about to unveil the name of the party and also explain our political ideology. All are welcome to the creation of a new epoch. #maiam.”
Over the last few days, the 62-year old superstar met several leaders including Delhi Chief Minister Arvind Kejriwal, to reportedly invite them to the event. Kejriwal is likely to attend Haasan’s party launch, the actor’s camp said. The AAP leader is also likely to address the meeting.
Besides Kejriwal, Haasan also met Kerala Chief Ministers Pinarayi Vijayan, West Bengal CM Mamata Banerjee, DMK President M Karunanidhi and ‘superstar’ Rajinikanth ahead of his political foray.
On Tuesday, a huge crowd of supporters gathered outside the hotel where he was staying, raising slogans ‘Hail Varungala Muthalvere”(future chief minister) Hail Kamal Haasan’.
On Wednesday, Haasan is expected to address the fishermen after visiting former president APJ Abdul Kalam’s house and getting blessings from the late leader’s elder brother. Haasan would also visit the memorial of Kalam.